England in the Fall – Autumn colour for Halloween 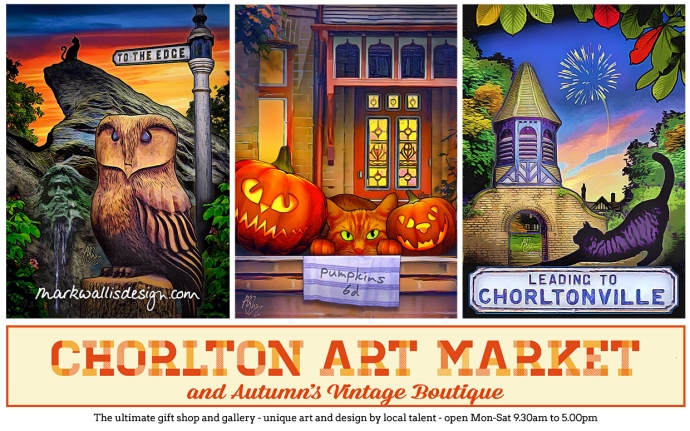 Halloween is just around the corner! Chase away the seasonal chills with some colourful autumn cards and prints at Manchester’s Chorlton Art Market in the precinct or buy online at www.markwallisdesign.com Featuring the Wizard Merlin up on Alderley Edge, cats pumpkins in Chorlton and fireworks above the village green, these are all made by Mark Wallis Design in Manchester. 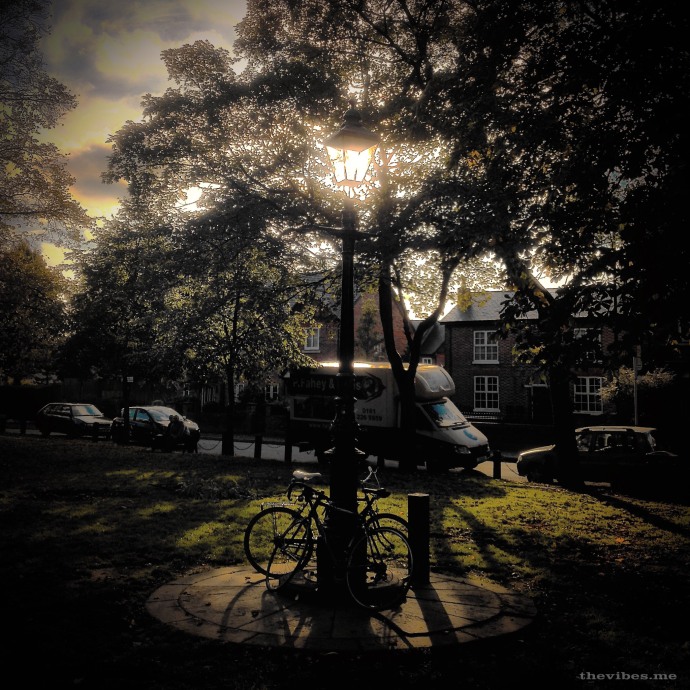 The first whiff of autumn, down on the village green 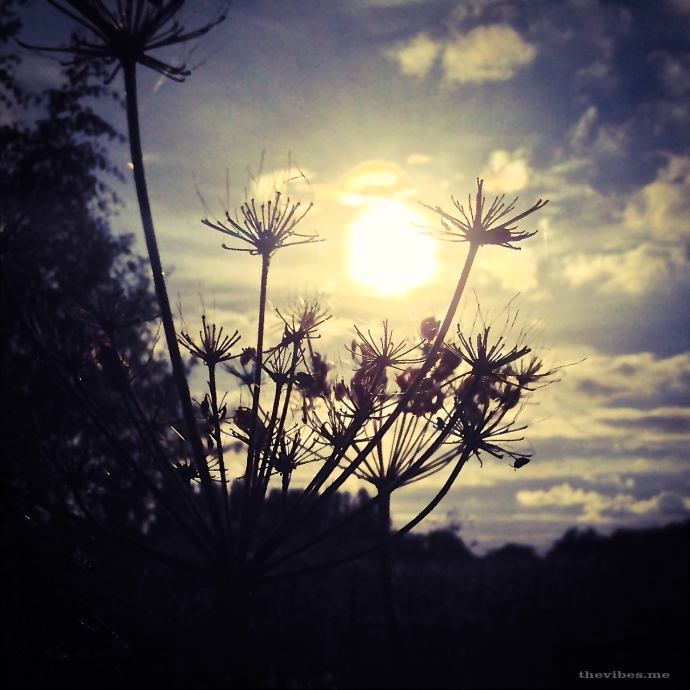 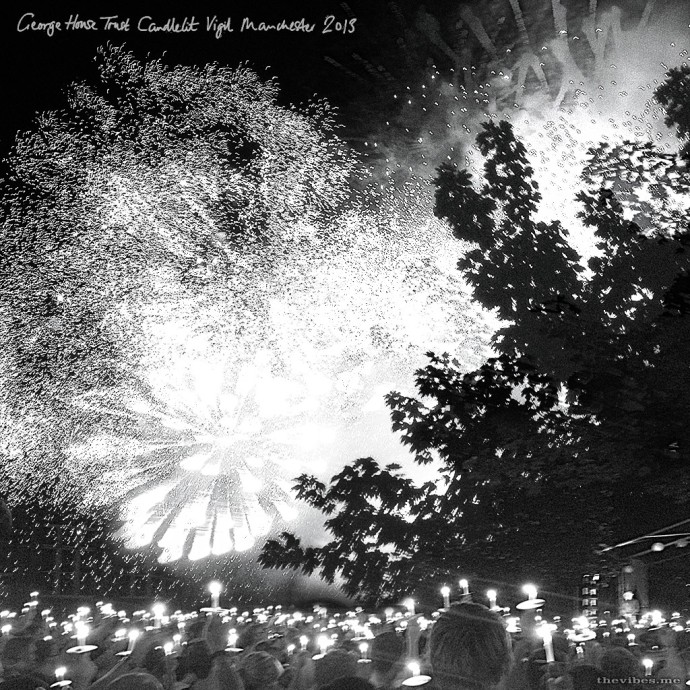 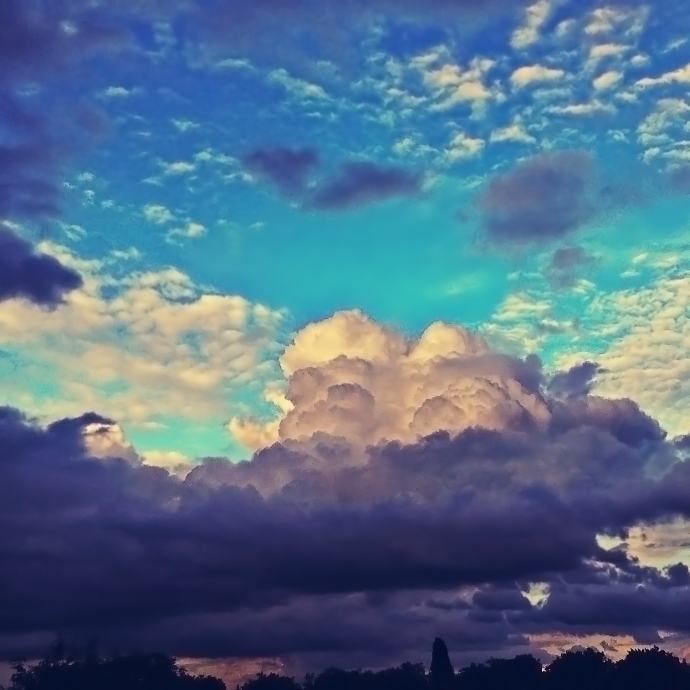 Ever changing sky over Chorlton-cum-Hardy. 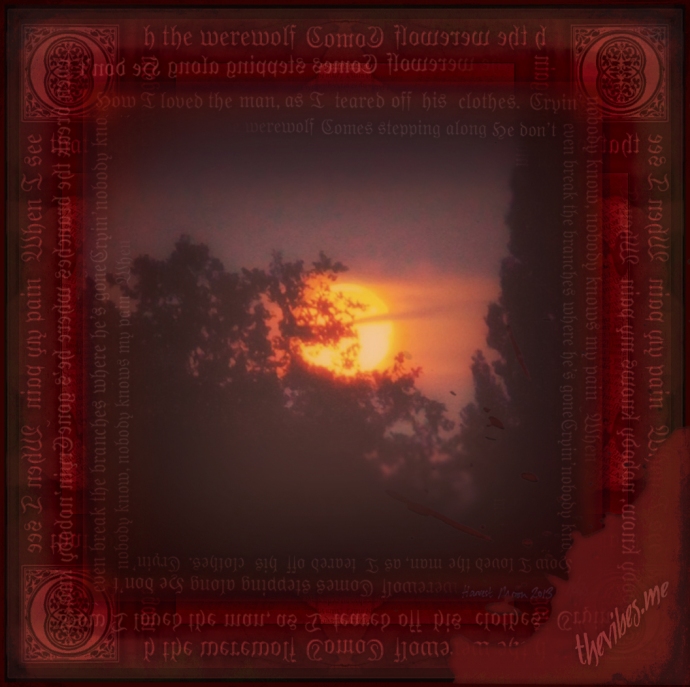 “Quick! Look out the window!” called my neighbour. “Is it the sun setting or the moon rising?”

“Hurry, it’s beautiful.” Above the fir trees was a glaring ball of burning honey and blood. A sunset on the wrong side of the world. Huge and bright, waiting behind the chimney pots, and threatening to disappear beneath thickening clouds, The Harvest Moon. As I grabbed my camera, the tv chattered happily about an old king, now dethroned, who panicked when the money-lenders and merchants ran off with all the money.

The people were left to beg for food in the streets as the moguls fled to their off-shore towers, said the tv. My fiery moon was about to boil away, and be sucked up into the deep purple blanket above it. A rare and fleeting vision lost to shaky hands and digital zoom.

“If they can’t buy food or put petrol in their cars, they will just smash the windows and help themselves,” said the old king. My moment was fading fast. “Shall we put soldiers on every corner?” Just press the button. If you take a lot of pictures, one of them is bound to be good. And people think I’m a photographer.

In ancient times, people fashioned dolls out of corn as offerings to the great and indefinable moon. It would ensure a good enough harvest to survive the winter. And then Santa would come. As I tried to capture the magic on the horizon, I wondered what we could sacrifice today.

If we were Pagan.

Who would be screaming from the Wicker Man? Would the wolves in the shadows be slavering for Barbecued Bankers to fall? Would they leave the Religious Extremists because they were only half-baked? We would never get it past Health and Safety.

Achingly beautiful, David Sylvian’s September is a dusty old photograph of a song. It’s a snapshot of Satie-style piano, oblique and wistful: the flickering memories of a great summer. The vocal is mannered, coming from Sylvian’s early solo work, but the effect is wonderful. I live for summer and worship the sun, and this song is my annual ritual. Autumn’s in the air…

Also check out my Totem mix for Thea, one of the stand out tracks on the album Tales Of Us