‘A fool or a genius, time will tell,’ said Antoni Gaudi’s tutors as they handed him his degree. Spain’s greatest architect is famous for his gothic psychedelic style which predates the colourful extravagance of the sixties by decades. Park Güell, so named because it was based on the English Garden City Movement, was definitely a work of genius: an undulating pleasure garden of vibrant colour and form. 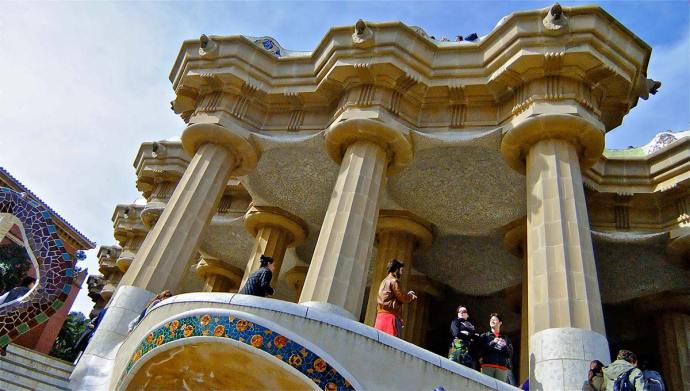 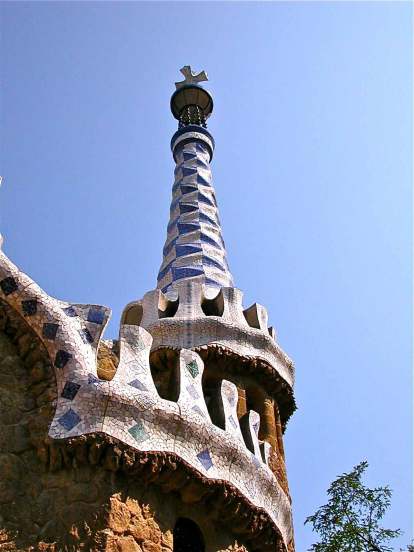 We stayed in Sitges on the coast, just outside Barcelona, and ventured into the city for a Gaudi expedition and shopping at Desigual. You have to take two escalators up a mountainside until you reach the summit which boasts sweeping views of the city, with the Sagrada Familia just a toy on the horizon.

Speaking of toys, Park Güell is like falling down the rabbit hole in Alice in Wonderland. A panorama of spiritual symbolism and gingerbread houses create the ideal environment to relax and enjoy the view. I listened to a busking violin as craftsmen repaired broken tiles, which betrayed the real age of the place.

After the tourists have gone and the sun starts to set, the park starts to feel magical, and you can almost see through Gaudi’s eyes. Influenced by Moorish architecture, Gaudi was a visionary, a Modernista with perhaps a penchant for mushroom tea… 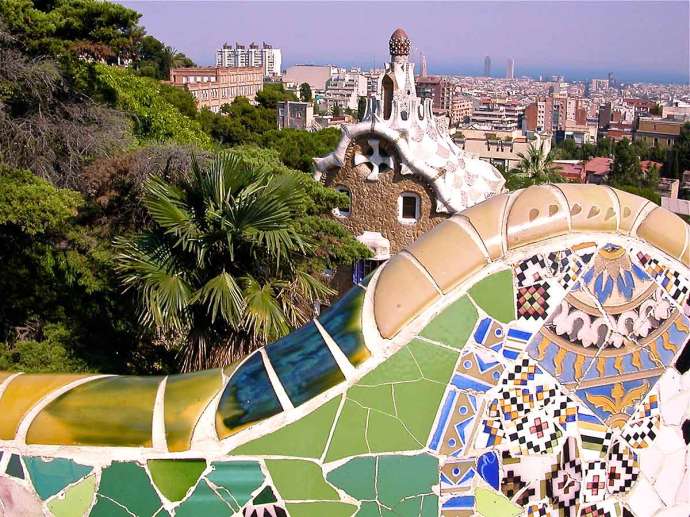 I was fascinated to see how Gaudi recycled unwanted ceramics, or trencadis amongst his mosaics and made something beautiful out of damaged and discarded materials. It’s incredible to think this place is a century old.

Gaudi actually lived here in the park in this house which was intended to be a show home: Park Güell was originally supposed to be a housing development for rich aristocrats! I wonder if their names were Dougal, Florence and Zebedee? 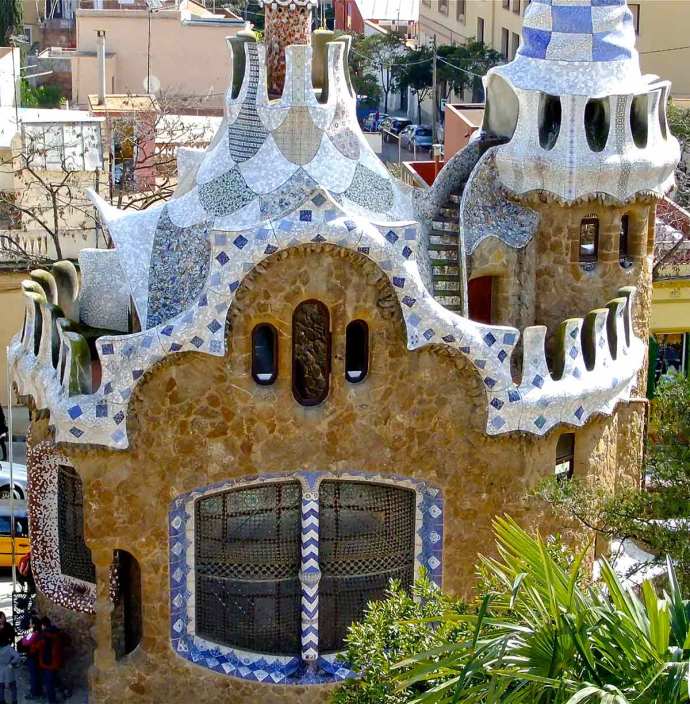 To see Gaudi’s work first hand is to be immersed in the colour of Spanish culture, joyful, flamboyant and bursting with energy.

Up next: Barcelona – The Sagrada Familia.