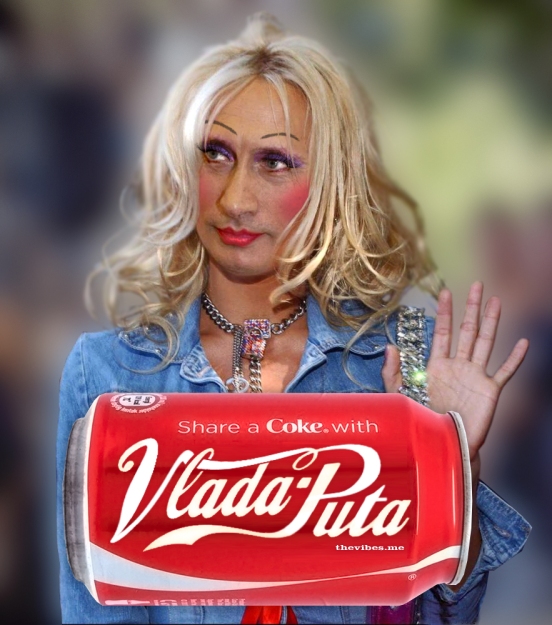 Well, here’s a pretty little thing for you. In response to the flagrant disregard for human rights shown by the Coca Cola Corporation, I’m publishing this image. We know that those who point the moral finger are usually on a countdown to scandal, and that strange little man in Russia, with his plastic surgery and spray-on hair who whips off his shirt to expose his saggy moobs is just digging himself in deeper. It’s the ones who shout the loudest. So why Coke should continue to sponsor the Sochi Winter Olympics is beyond me. People are being abducted, tortured and murdered in Russia in the name of bizarre and twisted  homophobic ‘legislation.’ Coke has blood on it’s cans.