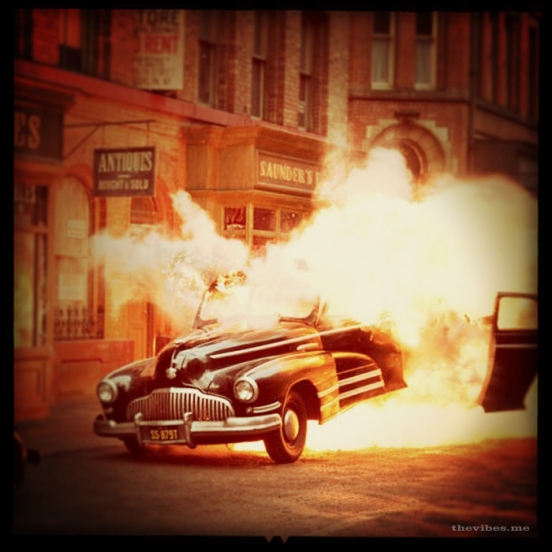 Hollywood came to Manchester in 2010 to recreate 1930s Brooklyn on a grand old backstreet right in the heart of the city. The elegant ghost of the past was evoked with plastic lamp posts and chipboard shopfronts creating a world so convincing that local residents begged the film crew to leave the set standing when they left. Tax incentives and the world’s most respected film industry means that Uncle Sam often comes to Britain to make his movies. Alfie was remade in Manchester’s Northern Quarter just down the road from Dale Street where Captain America staged a chase scene.

Here you can see how authentic the set really was, although the street at the back of the picture was in miniature to create a sense of scale. Quite surreal to walk past on your way home from the bars. When the vintage cars and extras arrived, everything sprang to life. Guns fired, cars exploded and windows blew out as the steam rose from artificial grates in the road. The glamour of Hollywood is of course a painstaking illusion, stitched together from endless hours of waiting around while green screens are hitched and cameras fixed. 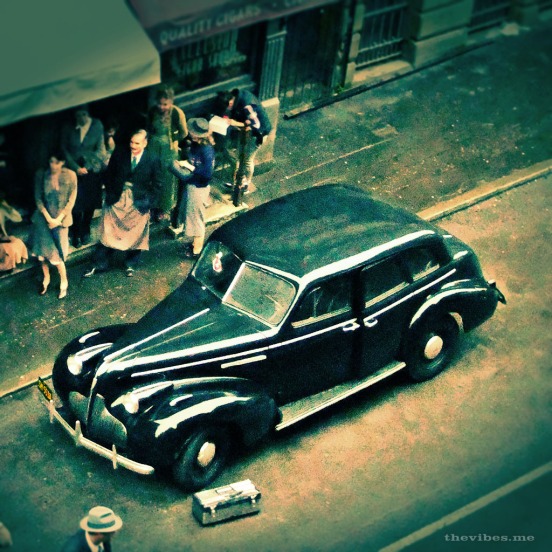 A solid chassis and a nice car too

Storefronts were added to the front of old warehouses

Even the extras looked like hardened Brooklyn bruisers, or at least this guy did on the left.